Increasing the safety of electric and hybrid electric vehicle operations 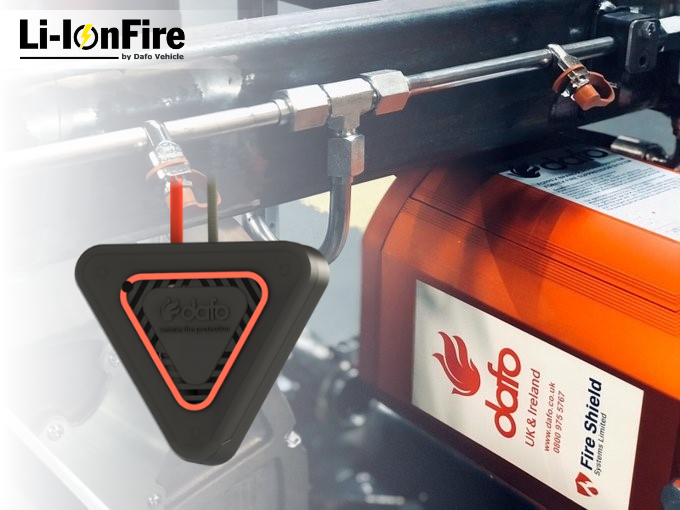 As the global transition towards renewable energy carriers, and environmentally-friendly solutions, continues at pace, vehicle propulsion is undergoing its biggest challenge to date – electrification.

This is causing an increasing demand for electric and hybrid vehicles (EVs and HEVs). With the significant rises in fuel levies, proposed in the UK government’s 2020 budget, this demand is only set to keep rising over the next few years.

As we undergo this cultural shift to a more sustainable world, with transport operations primarily reliant on lithium-ion batteries, there are new safety risks, which need to be considered and accounted for. However, user knowledge of these new risks is currently very limited, but the consequences of malfunction in Li-Ion batteries can be severe, potentially resulting in toxic gas emissions or large explosions.

Fire suppression systems for vehicles have been on the market for decades, and, as such, are widely used and regulated across a variety of industries. However, these systems are designed to be most effective on vehicles with combustion engines, and are tested to regulatory standards with this in mind. Currently, there are limited testing methods, standards and regulations to support the fire safety of EVs and HEVs.

The sustained growth of the EV and HEV industry has accelerated the demand for new fire suppression technologies.

So, how do the risks for EV and HEVs vehicles differ from those with combustion engines?

There are multiple fire hazards associated with electric and hybrid electric vehicles, including: drive systems, power electronics, heater, battery packs, as well as, for HEVs, the risks associated with combustion engines.

To deliver power to the vehicle, electric and hybrid electric vehicles also carry a large battery which is a significant safety risk. Each risk needs to be countered in the vehicle’s fire suppression system

In addition to these standard risks, many EVs and HEVs are used in warehouses under harsh conditions, which adds to the risks.

One of the fundamental differences between EVs and HEVs is the risk of a state called ‘thermal runaway’. This is the result of a chemical reaction from a failure within the battery cells, causing a rapid temperature increase. Once a battery enters thermal runaway, it more or less becomes a self-sustained propagation process, as it can produce its own oxygen to propel the fire.

“When the commonly used Li-Ion batteries fail through short circuiting, overcharging, high temperatures, mechanical damage and overheating, this might cause thermal runaway and the release of a flammable electrolyte, which makes fire extinguishing very difficult,” says Anders.

How to control EV and HEV fires?

The first priority of any fire suppression system for electric and hybrid electric vehicles should be to prevent the battery from entering thermal runaway.

A failing battery will vent its over-pressure as a pre-stage to thermal runaway.  At this point, any fire suppression system should act to initiate battery cooling and prevent acceleration to thermal runaway. With efficient detection and system activation, the hazardous scenario can be quickly reversed, and potentially even stopped entirely.

However, where preventing thermal runaway is impossible, any suppression solution should act to delay propagation for as long as possible. This will enable safe evacuation of the vehicle before thermal runaway occurs – particularly important for public transport vehicles which carry many passengers.

Due to the potential of toxic gas emissions from a failing battery, it is also paramount that any electric or hybrid electric vehicle is fitted with a heavy-vehicle specialist sensor to alert the operator and enable safe evacuation.

Mitigating the risks of your vehicles